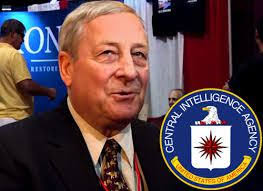 The claim that Major General Qassem Soleimani was a “terrorist” on a mission to carry out an “imminent” attack that would kill hundreds of Americans turned out to be a lie, so why should one believe anything else relating to recent developments in Iran and Iraq? To be sure, Ukraine International Airlines Flight 752 departing from Tehran’s Imam Khomeini International Airport on the morning of January 8th with 176 passengers and crew on board was shot down by Iranian air defenses, something which the government of the Islamic Republic has admitted, but there just might  be considerably more to the story involving cyberwarfare carried out by the U.S. and possibly Israeli governments.

To be sure, the Iranian air defenses were on high alert fearing an American attack in the wake of the U.S. government’s assassination of Soleimani on January 3rd followed by a missile strike from Iran directed against two U.S. bases in Iraq. In spite of the tension and the escalation, the Iranian government did not shut down the country’s airspace. Civilian passenger flights were still departing and arriving in Tehran, almost certainly an error in judgment on the part of the airport authorities. Inexplicably, civilian aircraft continued to take off and land even after Flight 752 was shot down.

Fifty-seven of the passengers on the flight were Canadians of Iranian descent, leading Prime Minister Justin Trudeau to point the finger both at the Iranian government for its carelessness and also at Washington, observing angrily that the Trump Administration had deliberately and recklessly sought to “escalate tensions” with Iran through an attack near Baghdad Airport, heedless of the impact on travelers and other civilians in the region.

What seems to have been a case of bad judgements and human error does, however, include some elements that have yet to be explained. The Iranian missile operator reportedly experienced considerable “jamming” and the planes transponder switched off and stopped transmitting several minutes before the missiles were launched. There were also problems with the communication network of the air defense command, which may have been related.

The electronic jamming coming from an unknown source meant that the air defense system was placed on manual operation, relying on human intervention to launch. The human role meant that an operator had to make a quick judgment in a pressure situation in which he had only moments to react. The shutdown of the transponder, which would have automatically signaled to the operator and Tor electronics that the plane was civilian, instead automatically indicated that it was hostile. The operator, having been particularly briefed on the possibility of incoming American cruise missiles, then fired.

The two missiles that brought the plane down came from a Russian-made system designated SA-15 by NATO and called Tor by the Russians. Its eight missiles are normally mounted on a tracked vehicle. The system includes both radar to detect and track targets as well as an independent launch system, which includes an Identification Friend or Foe (IFF) system functionality capable of reading call signs and transponder signals to prevent accidents. Given what happened on that morning in Tehran, it is plausible to assume that something or someone deliberately interfered with both the Iranian air defenses and with the transponder on the airplane, possibly as part of an attempt to create an aviation accident that would be attributed to the Iranian government.

The SA-15 Tor defense system used by Iran has one major vulnerability. It can be hacked or “spoofed,” permitting an intruder to impersonate a legitimate user and take control. The United States Navy and Air Force reportedly have developed technologies “that can fool enemy radar systems with false and deceptively moving targets.” Fooling the system also means fooling the operator. The Guardian has also reported independently  how the United States military has long been developing systems that can from a distance alter the electronics and targeting of Iran’s available missiles.

The same technology can, of course, be used to alter or even mask the transponder on a civilian airliner in such a fashion as to send false information about identity and location. The United States has the cyber and electronic warfare capability to both jam and alter signals relating to both airliner transponders and to the Iranian air defenses. Israel presumably has the same ability. Joe Quinn at Sott.net also notes an interested back story to those photos and video footage that have appeared in the New York Times and elsewhere showing the Iranian missile launch, the impact with the plane and the remains after the crash, to include the missile remains. They appeared on January 9th, in an Instagram account called ‘Rich Kids of Tehran‘. Quinn asks how the Rich Kids happened to be in “a low-income housing estate on the city’s outskirts [near the airport] at 6 a.m. on the morning of January 8th with cameras pointed at the right part of the sky in time to capture a missile hitting a Ukrainian passenger plane…?”

Put together the Rich Kids and the possibility of electronic warfare and it all suggests a premeditated and carefully planned event of which the Soleimani assassination was only a part. There have been riots in Iran subsequent to the shooting down of the plane, blaming the government for its ineptitude. Some of the people in the street are clearly calling for the goal long sought by the United States and Israel, i.e. “regime change.” If nothing else, Iran, which was widely seen as the victim in the killing of Soleimani, is being depicted in much of the international media as little more than another unprincipled actor with blood on its hands. There is much still to explain about the downing of Ukrainian International Airlines Flight 752.

Philip M. Giraldi is a former CIA counter-terrorism specialist and military intelligence officer who served nineteen years overseas in Turkey, Italy, Germany, and Spain. He was the CIA Chief of Base for the Barcelona Olympics in 1992 and was one of the first Americans to enter Afghanistan in December 2001. Phil is Executive Director of the Council for the National Interest, a Washington-based advocacy group that seeks to encourage and promote a U.S. foreign policy in the Middle East that is consistent with American values and interests.